Terrific Interview here with acclaimed crime fiction author, Anonymous 9. Her advice to budding crime fiction writers, and writers in general, is spot on, about finding a like-minded community of writers to conspire with! 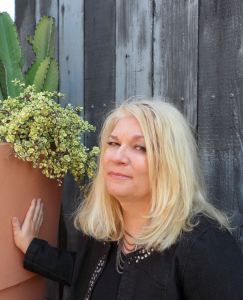 What: Anonymous-9’s work has won awards from The House of Crime and Mystery, Spinetingler Magazine, and has been publisher-nominated for Thriller and Derringer Awards. Her hardboiled short story TRIANGULATION appeared in the debut issue of THE BIG CLICK alongside Tom Piccirilli and Ken Bruen. She has book deals with Blasted Heath (Scotland), New Pulp Press, Down & Out Books, and Uncanny Books. Anonymous-9 is the pen name of book editor Elaine Ash, who has no affiliation with the “Anonymous” group. Elaine’s latest book project is the untold story of legendary playwright Tennessee Williams and Mia Phoebus (now 93 years old), who shared a house the summer of 1940. The work of Elaine Ash and Anonymous-9 is almost schizophrenically different.

Interview conducted by email. Some questions and answers have been edited.

Your novel, HARD BITE, was recommended to me by several different writers and I…