S.W. Lauden strikes a chord here with writer Sarah M. Chen, on her rise from struggling writer to successful author. Fellow sisters in crime, take note:
Mz. Chen has some great words of encouragement for us:

“Writing is so solitary that if I didn’t join Sisters in Crime/LA, I’d probably have given up at the first sign of writer’s block to go be a professor at my dad’s college. I credit my entire writing success actually to Sisters in Crime. If it wasn’t for stumbling upon their booth at the Los Angeles Times Festival of Books in 2006, I never would have discovered the courage to keep writing. They are the most supportive group of people, and I feel so lucky to be a part of it.” 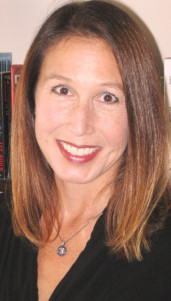 What: Sarah M. Chen has always worked a variety of odd jobs, usually all at once, ranging from script reader to bartender. She continues this trend now as an indie bookseller, transcriber, and private investigator assistant. Sarah’s crime fiction short stories have appeared online and in several anthologies, the most recent being Elm Books’ Death and the Detective with her short story WHITE DEVIL. Her noir novella, CLEANING UP FINN, will be released in 2015 by Stark Raving Group.

You started publishing mystery fiction in 2007 and have published several short stories since then. What happened in 2007 that made you want to break into writing?

I’ve always wanted to write since I was a little girl, actually, but it’s hard to pursue that dream when you have parents who don’t think writing is a legit career. So I did the college and graduate…