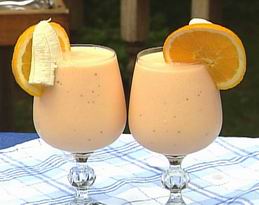 Tossing her keys to the dude honking his horn in the Range Rover, Summer threw both legs out of her still running Honda and took off full sprint toward the club’s sprawling entry.

“Park it wherever Mac, I gotta class to teach and I’m already almost ten minutes late.”

Mac, whose solid looking guns hung out of the drivers window, flipped her the bird but she knew he’d get over it eventually. She’d done it before to him and most of the others, and they always did somehow. Especially since everyone knew that the instructors had dibs in the lot, and really, what else could they do? Her new Nikes pounded down hard on the pavement taking the brunt of her speed and she could still hear the honking from his horn and his screams as she flew inside.

“What the hell Summer! Just caz you work here don’t mean you can just ditch your ride any old time and leave it to me to figure where to land it.”

Summer turned quick on her heels, giving Mac a quick thumbs up right before sliding inside, and past Ramone at the front desk. She’d buy Mac a power smoothie later to make up for it. His favorite, the “Orange Groovy” concoction the snack stand guy made usually helped pave these things over. Ramone was busy checking in members and scanning their cards, as usual. He was always fighting with someone over something, since most LA Fitness members were mostly muscle heads, and tended to like a good roe now and then. But being late for her class, she couldn’t have cared less. She was more concerned with Ross, the club manager, who she saw waving frantically from behind his desk as he multi-tasked two phones and a waiting client, sitting in the chair in front of him. She could see him mouthing his usual rave, even from half way across the room:

“Summer” he screamed out. “You’re late. There’s a whole room full of people waiting on you back there and I already got Jason calling on a sub. One more time Summer, just once more, and that’s it. You’ll be teaching classes out on the street.”

She smiled and did the only thing she knew how to do, and the only thing that might appease him. She gave him the double thumbs up. But she didn’t have time to stick around to find out if it worked. There were probably over 100 people waiting on her in the aerobics room and she knew they wanted to move fast, and something fierce! So she hightailed it down the long hall and bounded up onto the platform stage, jammed in her music tape and switched on her microphone. Tone Loc’s Funky Cold Medina’s cool sounds filled up the room while the crowd grooved right and grooved left, and before she knew it, the hour was over. Sweat filled her eyes and down the back of her neck. She grabbed her towel, chatted with a few of the newbies who always liked to introduce themselves, and headed on out toward the front. The thought of that smoothie sounded good now, so she headed on over to the snack bar to find Mac, only to see a line of Paramedics carrying stretchers down the hall.

“Jason, what the hell is happening out here? Why are these Fireman here?”

Jason looked up from his desk, covered in LA Fitness water bottles and fliers. A scantily clad girl in a leotard sat in the chair opposite, waiting for him to take her money.

“Jezus Summer, they’re Paramedics, not fireman. And I don’t know. One minute he was serving smoothies, as usual. The next, he was face down on the floor. Just happened like ten minutes before your class finished. Ross called the paramedics in.”

“No way” Summer said. “ Who? The juice guy? You gotta be kidding me? I was just going over to get an Orange Groovy. Wow. But how, I mean, why?”

Jason handed the girl in front of him some cash and a water bottle. She leaned over the table and signed the contract.

“I don’t know man. Like I said, one minute, the guy’s pouring drinks. The next, boom!”

Summer backed up from Jason’s desk and slowly headed toward the commotion. The paramedics were busy loading the snack stand’s man into the stretcher and trying to clear out some space between them and the door. People were gawking all around. She reached up and let out her pony tail, untied her Nikes and slid down the wall to the carpet to make room. She sat there watching as a stretcher with a still body paraded past, and out into the night. Snack stand man was gone, and he wasn’t coming back. She leaned her head back up against the wall, and wondered, if they would they ever get their Orange Groovy’s again.