He loved being him… he got away with murder.

She loved being her… until she met him.

Cunningham weaves one steamy, roller coaster of a ride here, fueled by her psychopath David’s dark obsessions with both his childhood sweetheart Tara and his abusive religious upbringing by priests who liked boys just a tad too much. A pulsing mix of overtly sexual, graphic scenes and tension and dark humor grab the reader by the throat early on and don’t let go till the end.

Fun-loving Tara is the only victim to survive David Howard’s revenge-filled death list, and is the unlucky recipient of his return after he breaks out of prison on a lark. Recruiting the help of an eager prison guard whom he seduces with sexual prowess, he breaks the neck of another guard and flees to Mexico with his accomplice. There, after a short-lived stint of freedom, his charred remains are found in a fire at a plastic surgeon’s clinic, and the police declare him dead. Tara and friends can finally relax now. Yet little do they know the real score!

David still walks among them, but with a new face. And his revenge to-do list is just getting started! He haunts them by tapping into Tara’s laptop, and cyber stalks as well. But can Tara turn the tables and make him suffer like she did when he kidnapped her?

Tara has had enough. Time to turn the tables and make him suffer. 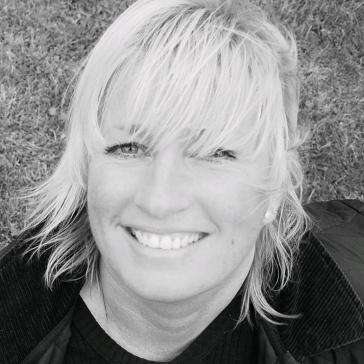 The Penance List, Unfinished Business and The Deal creates psychological and paranormal thrillers. Her works offer a fresh level of sincerity and authority, rare in fiction.

Cunningham writes what she knows. Abducted as a child, she survived; and every night for months afterward, she prayed to God, asking for a deal. This personal journey sparked the fuse behind the intriguing and riveting fictional world she portrays in The Deal, the first in the Fallen Angel Series. Twenty years later she crossed paths with a violent serial attacker, thus sowing the seed for her thrillers The Penance List and Unfinished Business part of The David Trilogy. She is currently working on Book III For My Sins.

An ex-model, British born of Irish roots, she married a rock musician and has worked in the exciting worlds of rock music, film, sports celebrity management and as a Crime Investigator for the Police – Wanted & Absconder Unit, Intelligence Analyst, Major Crime Team, Investigations Hub.

Having worked in the music to film industry, she writes with film in mind. The Penance Listhas been adapted to film screenplay.

*Terms and Conditions –Worldwide entries welcome.  Please enter using the Rafflecopter box below.  The winner will be selected at random via Rafflecopter from all valid entries and will be notified by Twitter and/or email. If no response is received within 7 days then I reserve the right to select an alternative winner. Open to all entrants aged 18 or over.  Any personal data given as part of the competition entry is used for this purpose only and will not be shared with third parties, with the exception of the winners’ information. This will passed to the giveaway organizer and used only for fulfillment of the prize, after which time I will delete the data.  I am not responsible for despatch or delivery of the prize.